Home » About us » Our Board

Anita has 30 years’ experience in the primary health care sector as a general practitioner and in the tertiary care sector with Queensland Health, currently as a Visiting Medical Officer in the Cardiac Sciences Unit at the Prince Charles Hospital. She has a long-term commitment to undergraduate and postgraduate education for medical and allied health professionals with a current appointment as a part time Senior Lecturer with the University of Queensland School of Human Movement and Nutrition Sciences. In 2014 she was appointed Chief Medical Officer for the 2018 Commonwealth Games and was a member of the Paralympics Australia medical team for the Tokyo 2020 Olympic Games.

Anita has over 25 years’ experience as a director on multidisciplinary not for profit boards in the health sector. She is Chair of the Brisbane North Primary Health Network, a director on the national board of Sports Medicine Australia, and a past board member of Cancer Council Australia. She has been a Fellow of the Australian Institute of Company Directors since 2004. 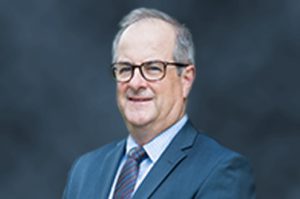 Mr Gregg has been a Director of Cancer Council Queensland since 2018. He has also been a member of the Finance, Audit and Risk Management Committee (formerly the Management and Finance Committee) since 2016.

Robert has over 30 years’ experience in the investment banking, private equity and funds management industries in Australia, Asia and South Africa. During this period, he has held senior corporate finance positions with a number of major international investment banks. Robert has particular experience in international investment markets having spent over five years living in Asia and having held a number of directorships of business groups operating in Asia and Europe.

He is currently the joint managing director of a Brisbane based funds management business, managing investment funds with assets in Australia. 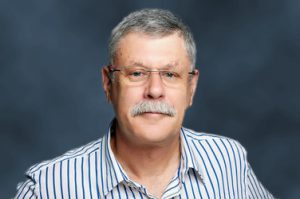 Steve joined HoldenCAPITAL Group in 2014 as Exec Chairman.. HoldenCAPITAL is a specialist construction finance consultancy dedicated to the sourcing of debt and equity solutions for developers in addition to managing a boutique Capital Fund providing direct funding to the sector. He joined McNab Group, one of the largest private construction companies in Australia, as an Independent Advisory Board member in 2021.

He has over 46 years’ experience in Banking and Finance specialising in Real Estate finance and advisory disciplines including development, joint ventures, securitisation and syndication. He is also a licenced real estate agent in Queensland.

Steve’s previous roles include Executive Director ANZ Institutional Property Group overseeing the bank’s Queensland and Northern Territory investment and development exposures to its listed and major corporate clients. Prior to that he was a Division Director and National Head of Portfolio Management with Macquarie Bank’s Real Estate Investment Group, where he spent 26 years in various senior roles. 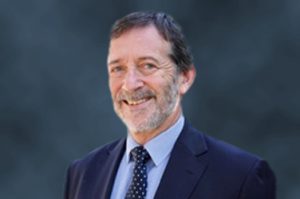 Mr Rodin was appointed as a Director of Cancer Council Queensland in April 2020. He has been a member of the Finance, Audit and Risk Management Committee since 2019, and was appointed as the Chair in 2020.

Ian is a former partner of Ernst & Young.  He retired in 2015.  He is a chartered accountant with over 40 years’ experience in both the United Kingdom and Australia.  Mr Rodin’s principal practice areas during his last 15 years at Ernst & Young were risk management, internal audit and corporate governance.

Since retiring from Ernst & Young he has been actively involved with a number of board and audit committee roles and his current roles include acting as Chairman of the Audit Committees of Griffith University, the Queensland Audit Office, the Great Barrier Reef Marine Park Authority, DNR Capital Pty Ltd, the Department of Regional Development, Manufacturing and Water and acting as an External member of Audit Committees for the City of the Gold Coast, South Bank Corporation, and the Department of State Development, Infrastructure, Local Government and Planning. He is an external advisor to the audit committee for the Queensland Art Gallery.

In addition to his board role with Cancer Council Queensland he is Chairman of Aginic Group Pty Ltd, a non-executive director of Artisan (Craft Queensland Ltd) and a director of IDU Technology Pty Ltd. 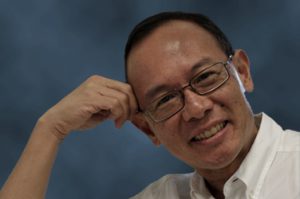 Prof Yap was appointed as a director of Cancer Council Queensland in May 2021. He was also appointed Chair of the Medical and Scientific Committee, having joined the committee in 2018. Prof Yap is a Professor of the University of Queensland and a Senior Principal Research Fellow of Australia’s National Health and Medical Research Council. He is an international expert in the cell biology of epithelial tissues, whose research has been instrumental in discovering how cells use mechanical forces for communication, and how these are disrupted in disease. His work has been continuously funded for the past 25 years by bodies such as NHMRC, Australian Research Council, Welcome Trust and Cancer Council Queensland itself.

Alpha’s leadership roles include Head of the Division of Cell and Developmental Biology at UQ’s Institute for Molecular Bioscience, Chair of NHMRC Grant Review Panels, principal organiser of national and international scientific conferences, and on the Editorial Boards of multiple international scientific journals, including Developmental Cell and Current Biology. He has mentored over 40 PhD students and post-doctoral scientists through his research group over the past 20 years.

Mr Everitt was appointed as a Director of Cancer Council Queensland in 2021. He was also appointed Chair of the People and Workplace Committee in May 2021, having served on the committee since 2016.

Todd has 20 years’ experience working in corporate and government roles. He is a specialist in strategy development, human resources, sales and marketing. He has managed loyalty programs, managed small and large teams of transformational project staff and grown and led people advisory functions in professional services and management consulting at KPMG. Todd is currently Managing Director and CEO of Executive Central, a leadership development and coaching organisation that supports clients with a range of individual, team and organisational development challenges including strategy, diversity, team development, coaching and workforce consulting and restructuring.

Todd has over 15 years’ experience as a specialist advisor to other not-for-profit organisations including The Salvation Army and Rural Aid and holds a Bachelor of Business in Human Resources and Marketing and a Diploma of Project Management.

Margaret is an experienced senior executive with 20 years’ experience working in the public and private sectors in the construction and property industry across a diverse portfolio and has extensive experience across end-to-end delivery of assets. In addition to her passion for built form, Margaret is passionate about equitable health outcomes for all Australians, diversity and inclusion and meaningful First Nations’ engagement.

Margaret currently works at Stockland in the position of National Pre-Contracts Manager (Bult Form) in the Sustainability and Delivery Team. Margaret holds a Bachelor of Applied Science Construction Management, a Graduate Certificate in Telehealth and has commenced a Masters of Public Health.

Mr Rob Hudson was appointed to the Cancer Council Queensland Board in 2022 and was appointed Chair of the Marketing Advisory Group in the same year after being a member of the group since 2020.

Rob is the Chief Marketing Officer of Midnight Health. For over three decades Rob has been delivering highly awarded advertising and marketing in both Australia and the United Kingdom. Rob also has a strong expertise in digital marketing and has held the role of Chief Digital Officer for several multinational businesses.

He is also a lecturing fellow to QUT’s BEST Centre on behavioural economics, human-centred design, brand strategy and behaviour change and a founding board member of Brisbane Portrait Prize. He is also an IPA Certified Strategist and author of ‘Digital Analytics for Marketing’ within the most recent IMC book from McGraw-Hill.