Although pituitary tumours may be “benign”, some are very dangerous and if left untreated or not treated satisfactorily, have a huge impact on quality of life and life expectancy.

The Pituitary Gland is sometimes referred to as the master gland as it regulates the function of other glands in the Endocrine System.

Pituitary disorders are difficult to recognise and are typically associated with a delayed diagnosis because of the often insidious onset of the varied and non-specific clinical features. 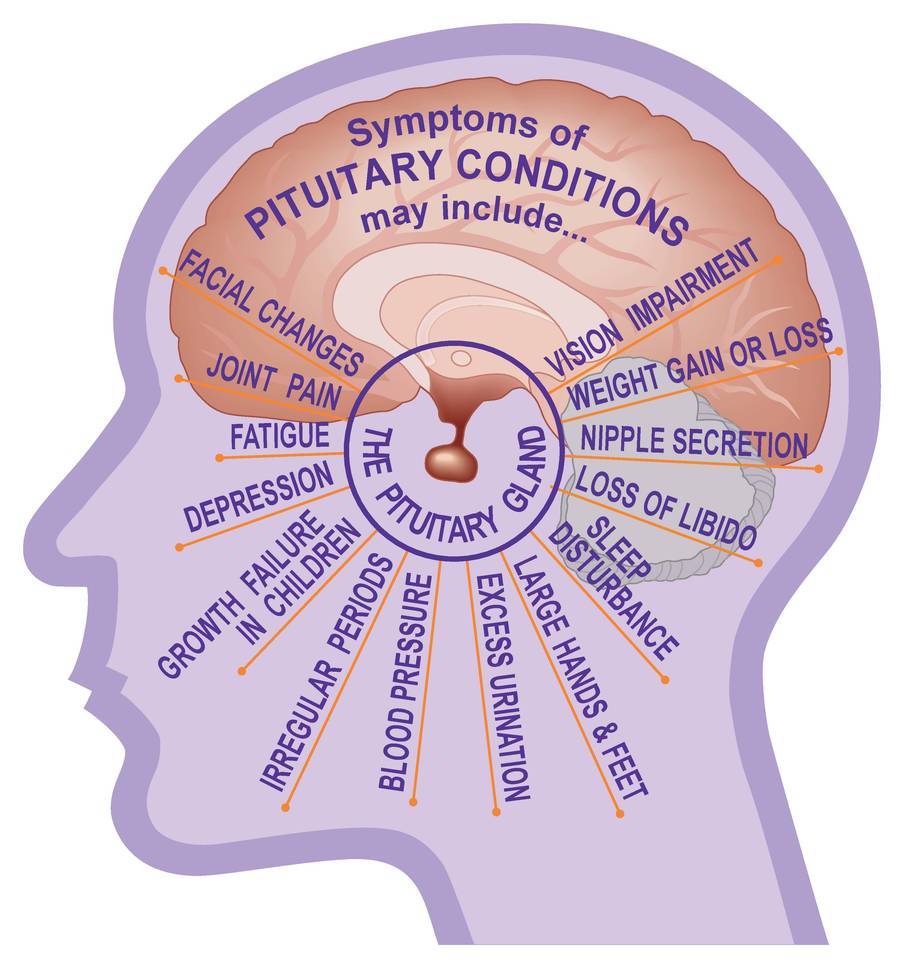 However, certain clusters of symptoms can give an indication of possible pituitary dysfunction. Patients may have chronic headache and visual symptoms, particularly deteriorating peripheral vision. There may be symptoms of primary hormone hypersecretion, such as hyperprolactinaemia, acromegaly or Cushing’s disease, whereas hypopituitarism may present with non-specific symptoms such as fatigue, loss of vitality, menstrual irregularities, loss of libido and erectile dysfunction. More rarely, a patient may complain of increased thirst and passing large volumes of urine as a result of diabetes insipidus (lack of anti-diuretic hormone).

Recent studies have reported an increased prevalence of pituitary tumours, with about 1 in 1000 people having a clinically significant pituitary tumour. This equates to around 20,000 Australians affected at any one time. In addition, increasing use of rapidly improving imaging techniques mean that pituitary ‘incidentalomas’ are now frequently encountered in clinical practice. Magnetic resonance imaging will reveal a pituitary lesion in 10% of individuals. While Cushing’s disease and acromegaly meet the Australian definition of a ‘rare disease’, prolactinoma and non-functioning adenomas are not rare conditions.

I had a lot problems in getting my medications balanced right. It has taken time for me get life back to normal. I now live a relatively normal life, except I have to take a lot of tablets and be very aware of being sensible and not overdo things i.e. late nights, big weekends.

Acromegaly is a hormonal disorder that results from too much growth hormone in the body. The growth hormone triggers your liver to produce an important metabolic hormone called “Insulin like growth factor – 1”, commonly called IGF-1. When IGF-1 levels are consistently high, this can cause excessive bone, tissue and organ growth. Over time, this leads to changes in a person’s appearance and health. Without treatment, acromegaly can lead to serious illness and significantly reduce life expectancy.

This results from excess ACTH secretion from the pituitary gland. This hormone stimulates the adrenal glands to release too much cortisol into the blood stream. The build-up of cortisol causes extensive disruption and damage to the body. High levels can lead to dysregulation of the hormonal system, immune system and body metabolism. This can cause a wide range of symptoms, which can vary widely between patients, from distinctive weight gain around the torso to high blood pressure and even diabetes.

Non-functioning pituitary adenoma (NFPA) is the second most common type of pituitary tumour – accounting for between 30 and 50% of cases. As the name suggests, these tumours do not produce an excess of hormones. Often patients present with blurring of vision or loss of peripheral vision. Generally this occurs when the tumour grows larger than 1cm in diameter (at this size, the tumour is called a macroadenoma) and presses on the optic nerve. Depending on the size and growth, the tumour may invade the cavernous sinus and involve other cranial nerves.

A prolactinoma is the most common type of hormone-secreting pituitary tumour. Symptoms of prolactinoma result from too much prolactin in the blood (hyperprolactinaemia) or as a result of the prolactinoma pressing on surrounding tissues. High prolactin levels stimulate the breast tissue to produce milk – mostly in women, but it can also occur in men. In addition, the hormone reduces the secretion of sex hormone (oestrogen and testosterone) levels resulting in a low sex drive (libido) and infertility. Women can have irregular periods and sexual dysfunction while men can experience erectile problems and sexual dysfunction.

Other benign conditions close to the pituitary gland are:

A craniopharyngioma tumour usually grows above the pituitary gland. These tumours gradually invade into surrounding areas of the brain, such as the pituitary gland, optic nerve and hypothalamus, damaging these tissues and causing compression-related symptoms or hormone disturbance. They look similar to a cyst and contain a dense, oily fluid as well as calcium deposits. The tumour is composed of embryonic pituitary gland cells, and due to the slow growing nature, symptoms often don’t begin until the tumour is about 3cm in diameter.

Rathke’s cleft cyst is a type of craniopharyngioma. It is a slow growing sac or cyst, filled with a dense and oily fluid. They occur during the formation of the pituitary gland, when a remnant of the Rathke’s pouch (the place where two areas of the embryo fuse to make the gland) remains as a cleft. A cyst can develop from this cleft. 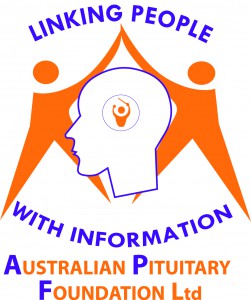 A multi-disciplinary approach to care is required and may require input from various specialties including Endocinology, Radiology, Pathology, Opthalmology, Neurosurgery and Radiation Oncology.

Neurosurgical expertise is the single biggest determinant of a good outcome with lower complication rates. The success rate is higher in hands of a neurosurgeon who regularly operates (>20/year) on such tumours. The initial referral should be made to an Endocrinologist who is part of an established multi-disciplinary team.

This is an article excerpt from the BTSS (Brain Tumour Support Service) Edition 1, 2016 E-Newsletter, which can be downloaded below: