The year was 1987, and Australia was full of big hair and even brighter colours. Kylie launched her music career, becoming a household name as she locomotion-ed her way to the top of the charts. In a sign of what the future held, the first mobile phone call in Australia was made. And right here in Queensland, Brisbane was preparing for World Expo ’88 while Sir Joh Bjelke-Petersen resigned as Premier after 19 years at the top. It was also the year Cancer Council Queensland, or as we were named then, The Queensland Cancer Fund, published the first issue of Volunteer Voice.

Printed in black and white, featuring hand-drawn pictures, and composed on a typewriter, these early issues of Volunteer Voice are a world away from how it is today. Yet, its aim of keeping volunteers in the loop remains exactly the same.

So let’s take a quick journey back in time to see what volunteers were reading about in the last 3 years of the 80s! 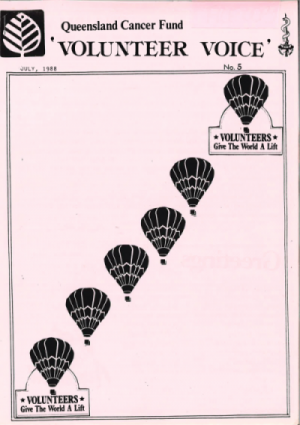 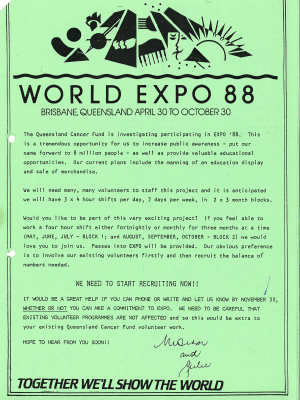 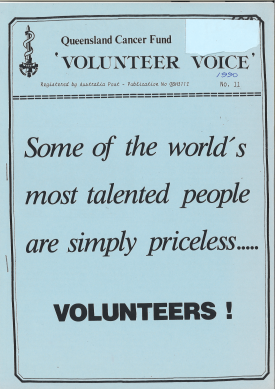 What are some of your favourite memories as a CCQ volunteer? We’d love to hear them,  please send your stories to volunteer@cancerqld.org.au